After switching back from Session 0 you will not be able to press specific key combinations in the VM (e.g. Ctrl+Alt+Del), nor be able to logoff or be able to restart the VM. Further, several hundred instances of the wm3dservice.exe process will be started. The VM will appear very sluggish and screen redraws will be very slow. You can confirm these symptoms by starting the Task Manager and reviewing running processes per the screenshot below: 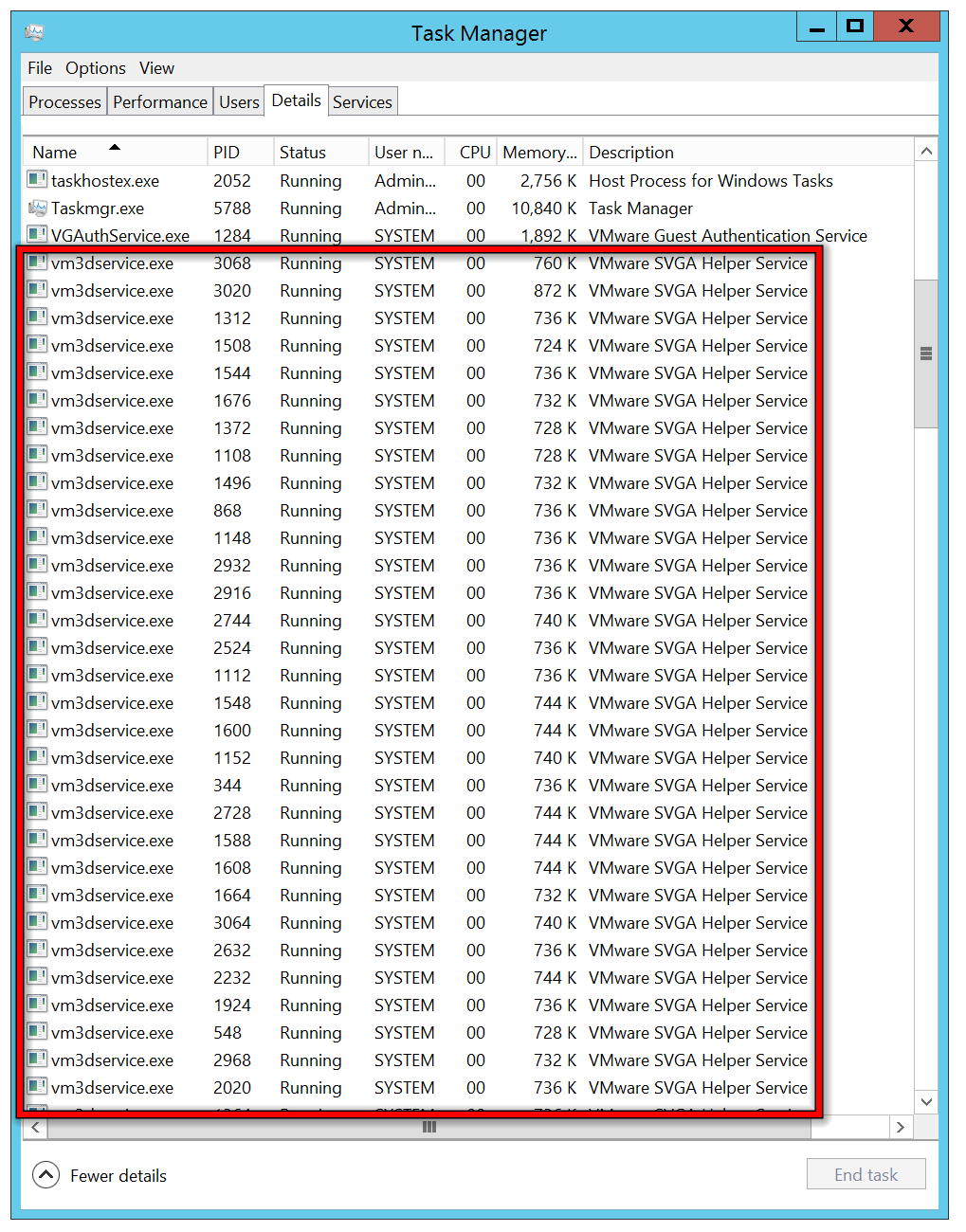 This appears to be a bug in the SVGA Display Driver version 8.17.2.14 and corresponding VMware SVGA Helper Service (vm3dservice).

To resolve the issue: 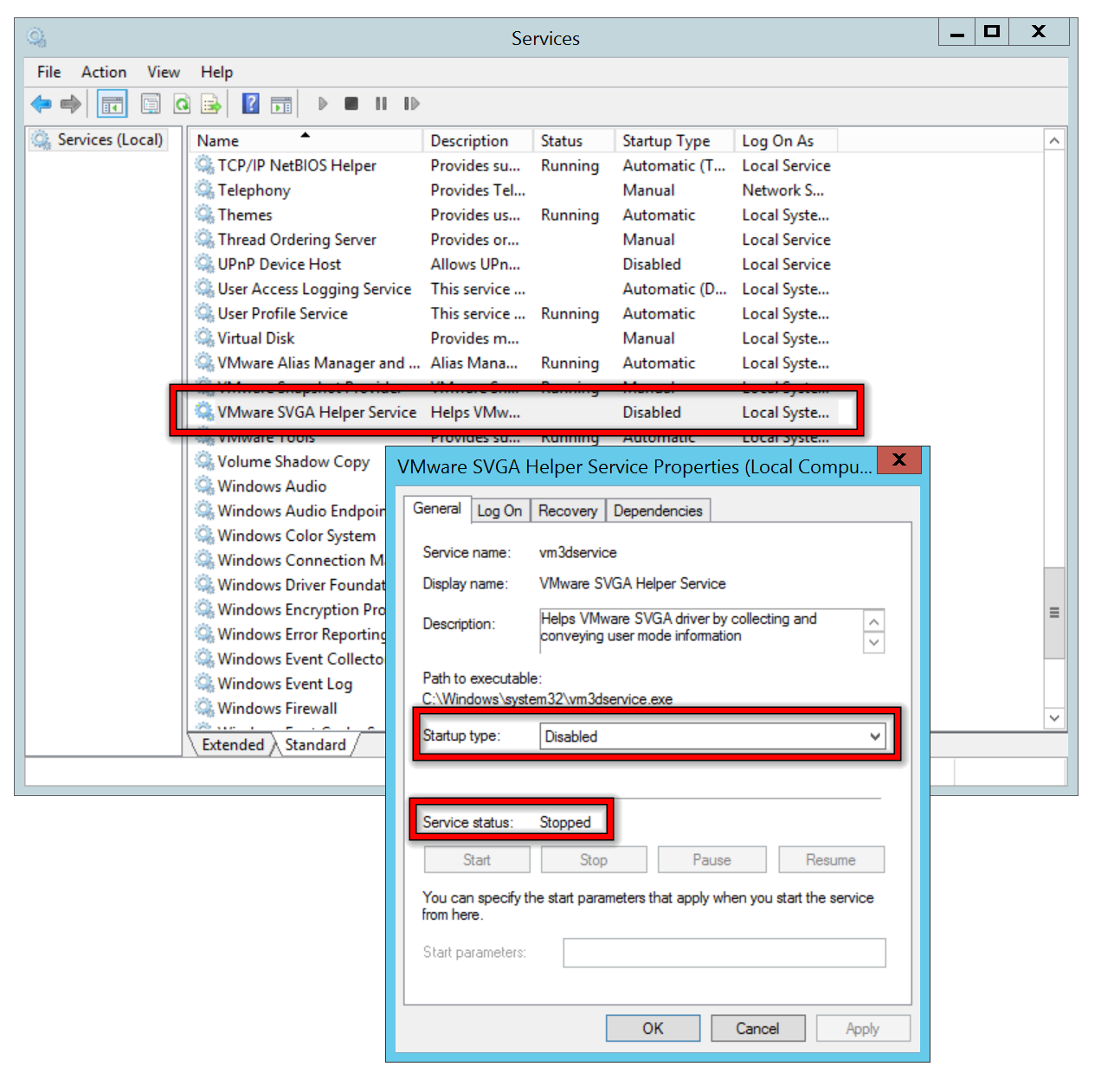