The Dependencies tab provides the ability for services to be started and stopped in sequence. All the services and load order groups listed on this tab must be running before this service can run.

If both ServiceA and ServiceB are stopped, then manually starting ServiceA will firstly cause ServiceB to start. Similarly, manually stopping ServiceB will force ServiceA to stop as well.

ServiceA can have multiple dependencies, in which case all dependencies must be running in order for ServiceA to run.

Note: Service dependencies have no effect during a system shutdown. 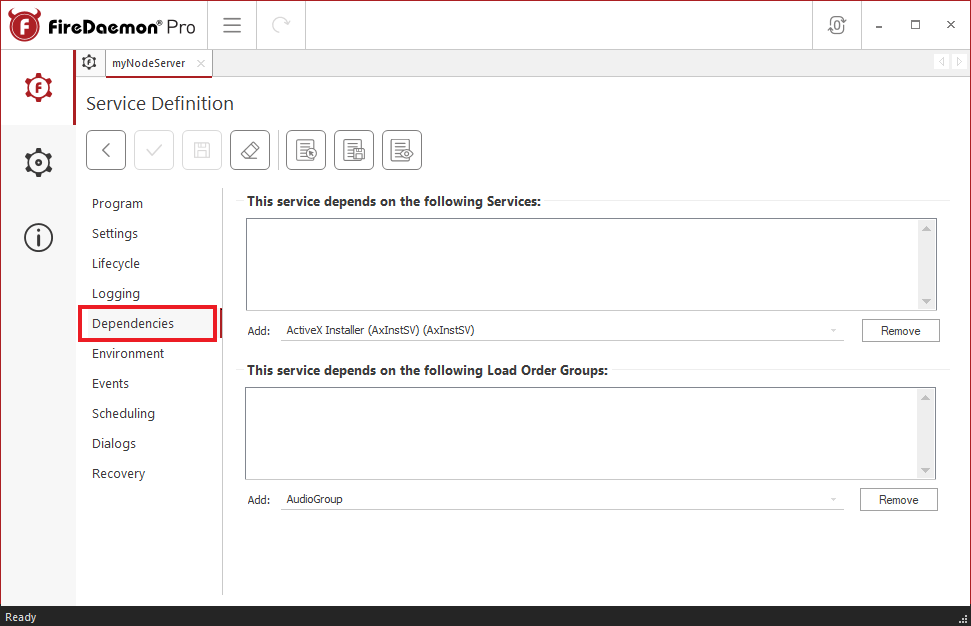 Note: If you are running FireDaemon Pro on Windows Vista, Windows Server 2008 or later, ensure that your services (especially the interactive services) depend on the Interactive Services Detection service (UI0Detect).

Load Order Groups are groups of one or more Windows drivers and services. These are pre-defined as part of every Windows installation.

Changes to a service's dependencies take effect when the changes are saved and the service is (re)started.