FireDaemon Pro is a Microsoft Windows application that allows you to schedule, configure, install and run any program as a Windows service.

The FireDaemon Pro user interface is designed in such a way that it can help you quickly and easily set up your program as a Windows service. You can also easily modify the properties of built-in Windows services.

FireDaemon Pro also offers a command-line interface to perform a variety of scriptable operations. It can import and export FireDaemon Service Definition XML files to allow you to set up services on other Windows systems. 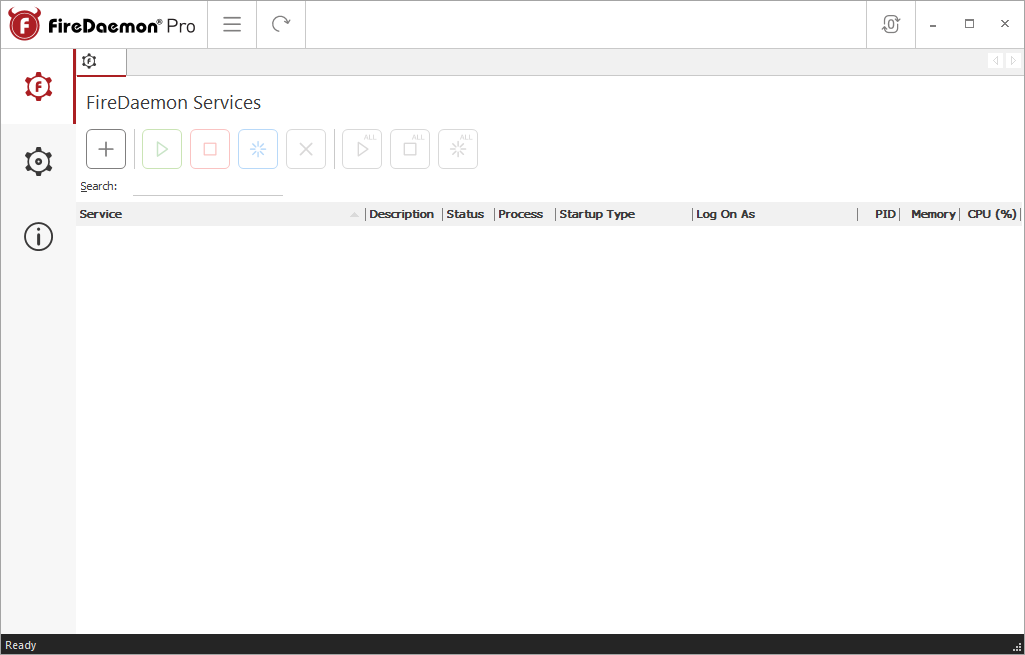 Why the Name FireDaemon?

A daemon is computer parlance for a program that runs in the background, instead of interactively under the control of a user. Computer systems often start (or “launch”) daemons at boot time.  Daemons are characters in Greek mythology, some of whom handled tasks that the gods couldn’t be bothered with. This is akin to computer daemons that handle tasks in the background that the user can’t be bothered to run manually.

The word daemon was eventually rationalized to the acronym: Disk And Execution MONitor. FireDaemon Pro was initially written to run an application called Formida Fire as a Microsoft Windows NT4 service. Consequently, the product was named FireDaemon.