You may see an error message similar to below when attempting to import via the FireDaemon Pro Service Manager:

In earlier versions of FireDaemon Pro up to 3.9, XML generated by the product was actually syntactically incorrect. A comment in the XML file was placed outside of the XML declaration. This was resolved in FireDaemon Pro 3.10. Hence, files exported in versions prior to FireDaemon Pro 3.10 will not import without a slight modification.

To successfully import the FireDaemon Pro Service Definition XML file simply edit the .xml file with your favourite XML aware text editor and remove the XML comment on the first line of the file as highlighted in the screenshot below along with any blank lines. Save the file and then attempt to re-import the Service Definition XML via the FireDaemon Pro Service Manager or command line. 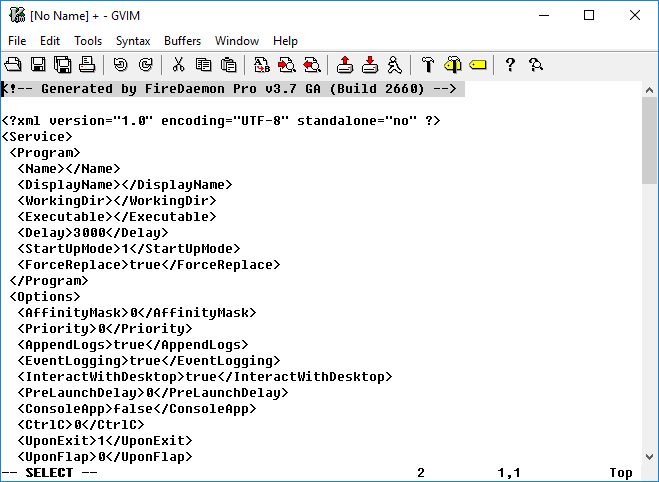